Difference between revisions of "Triggers:RCrB" 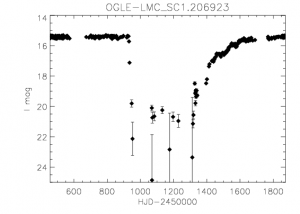 RCrB can be distinguished from other Red Giants based on the fact that an RCB’s circumstellar shell seem thinner than that of most common AGB stars Tisserand et al. 2009. 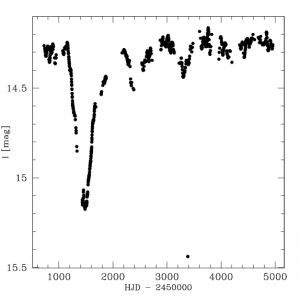