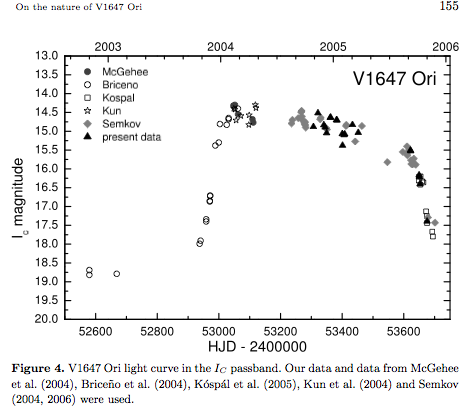 OO Ser was discovered in 1994 and is similar to FUors and EXors, but is so deeply embedded, that at its brightest was not visible in J band (Hodapp et al. 1996). It was observed in infrared with Infrared Space Observatory and Spitzer (Kospal et al. 2007). It has different time scales than FUors and EXors, is rather a fast FUor (similar to V1647 Ori) with a time of rise of about 8 months.